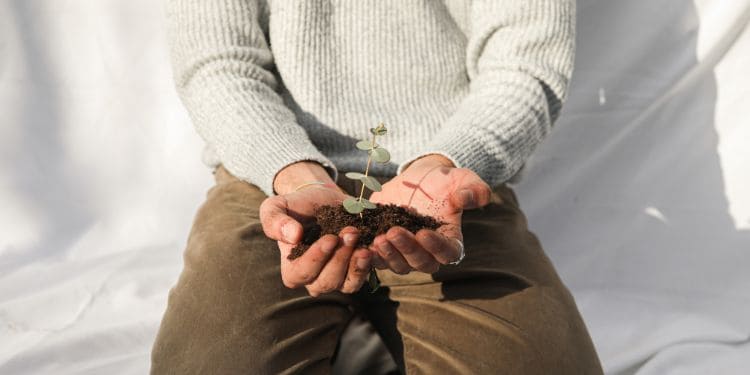 Are you looking for the BEST environmental documentaries on Netflix (and beyond)?

In this article, I am going to share with you my favorite collection of documentaries about environmental issues.

The following films will help you explore our extraordinary wildlife and our fascinating planet while learning about some harsh truths about climate change, endangered species, pollution, and other negative consequences of various human activities.

Hopefully, learning more about some current issues we face will inspire you to take action and look for resources on how we can help our planet and have a positive impact.

If you are looking for a specific theme, I divided the documentaries into a few categories:

The Best Environmental Documentaries On Netflix (And Beyond):

David Attenborough is a man that has seen more of the natural world than any other person. He has visited every continent on the globe, exploring the Earth and the wild places on it.

A Life On Our Planet is his witness statement, in which he shares the devastating changes in the natural world he has seen in his lifetime and how human impact affects our planet in the last 70 or so years.

The movie offers some solutions on how we can tackle the issues, and it has a message of hope for future generations.

Our Planet is a British nature documentary series narrated by David Attenborough. The mini-series focuses on the diversity of habitats worldwide, addressing how climate change impacts all living creatures.

It is a fascinating documentary, showing how everything is connected and in harmony, how human activities negatively affect different habitats and our environment, and how we can work on it and change that devastating path.

The Ivory Game is a documentary film that examines the ivory trade in China and Hong Kong, representing a prized status symbol. The slaughtering of African elephants has become a global concern, as it’s happening in recording numbers.

An undercover crew spent 16 months investigating the killing of elephants for their tusks and ivory smuggling to China. Even though it is illegal, there is a black market where corrupt business practices and dealings occur.

The activists in the film present that their goal is to save the endangered species no matter what.

When Two Worlds Collide is a documentary focusing on the events that led to the horrific clashes between indigenous protesters and police officers in 2009 outside the Amazonian town of Bagua.

As the state legally owns the resources in Peru’s subsoil, it has granted extraction concessions to multinational companies that overlap more than half of the titled indigenous territories.

What’s left after the industrial processes in Amazonian rainforest areas is detrimental pollution, which destroys both the environment and the local residents’ traditional ways of life.

The film provides information about the indigenous communities whose rights have been betrayed in favor of unsustainable economic and foreign interests. It presents the issues and encourages a discussion on how we can prevent this from happening.

In ‘Chasing Ice,’ we follow a photographer, James Balog, across the Arctic as he deploys time-lapse cameras designed for one purpose: to capture a multi-year record of the world’s changing glaciers.

Through his Extreme Ice Survey, he discovers undeniable evidence of our changing planet, even though he was before skeptical about climate change.

The revolutionary time-lapse cameras capture a multi-year record of the world’s changing glaciers, compressed into seconds and capture ancient mountains of ice in motion as they disappear at a breathtaking rate.

The goal of ‘Chasing Ice’ is to gather evidence and deliver it to the people, as a hope to provoke change in our carbon-powered planet.

This documentary is about legendary oceanographer, marine biologist, and environmentalist Sylvia Earle. The movie covers her campaign to create a global network of marine protected areas, like underwater national parks.

Mission Blue takes us through Earle’s life, starting with her childhood. Although the film will present some scary facts about what we have done to our oceans, the documentary is also inspiring, and possibly provokes personal positive change.

Over the past 30 years, about half of all coral reefs have become extinct.

In 2016 and 2017, about 50% percent of coral on the Great Barrier Reef — the world’s largest collection of coral reefs — died due to “coral bleaching.”

Coral reefs around the world are vanishing at an unprecedented rate. Chasing Coral is an alarming documentary focusing on the mass extinction that is happening worldwide in our oceans. The movie captures the coral as they die slowly over time.

The crew behind shot over 500 hours underwater for more than three decades. They captured on film coral dying en masse, which is a clear indication of the devastating effects of climate change.

My Octopus Teacher follows an unusual story and bond between Craig Foster and a wild octopus in South Africa. He encounters the creature while freediving, and he follows her for more than a year, tracking her movements.

Foster documents his effort to understand the wild creature, which leads to an interesting relation between the human and the octopus. They develop a unique and unseen bond, as the animal starts to trust Foster.

He changes in a way that he cares about all living beings, and he perceives them as important, no matter how small they are.

A Plastic Ocean follows the story of Craig Leeson (journalist), a free diver Tanya Streeter and an international team of scientists and researchers, who travel to 20 locations around the world for 4 years.

Their goal is to explore our oceans’ state when they figure that plastic pollution is a serious issue and that we urgently need solutions to the plastic problem.

Food and our environment:

Cowspiracy is an environmental documentary about the most destructive industry facing the planet today. The film investigates why the world’s leading environmental organizations don’t talk about it while he seeks to find the real solution to the most pressing environmental issues.

The movie will expose that animal agriculture is the leading cause of deforestation, water consumption, pollution, species extinction, habitat loss, topsoil erosion, and the ocean’s “dead zones.”

The documentary reveals the devastating environmental impact large-scale factory farming has on our planet and offers a path to global sustainability for a growing population.

What The Health is a documentary that questions the health impact of meat, fish, eggs, and dairy products consumption. It also challenges and doubts the practices of leading health and pharmaceutical organizations.

In the film, Kip Andersen interviews physicians and other individuals regarding diet and health while also attempting to contact various health organizations’ representatives.

The documentary presents compelling facts and the consequences of consuming animal products, which most health professionals aren’t talking about.

The movie follows the story of James Wilks – elite Special Forces trainer and winner of The Ultimate Fighter. After a knee injury, he goes on a journey to find more about strength, protein, and faster recovery.

The Game Changers exposes outdated myths about food that affect human performance and the health of the entire global population. It also documents the explosive rise of plant-based eating in professional sports.

*Note: The movie focuses mostly on the health aspect of a plant-based diet, but they also talk about environmental issues and solutions in the end.

Consumerism and our environment:

This is a story about fast fashion – the clothes we wear, the people who make those clothes, and the impact it’s having on our world.

The price of clothing has been decreasing for decades, at a high human and environmental cost. The True Cost pulls back the curtain on an unseen part of our world. It makes us think about who makes our inexpensive clothing and pays the real price for it?

The documentary explores the life of low-wage workers in developing countries. It goes through the terrible environmental effects that the fashion industry has on river and soil pollution, pesticide contamination, etc.

The film will expose how the modern materialistic world isn’t sustainable, and how consumerism is destroying local communities and our environment.

In our modern world, we tend to switch things fast and buy things we don’t need. Consumerism is on the rise, and there are many negative consequences.

Minimalism is about owning less, just things that you genuinely need. It is about being mindful when purchasing stuff, yet, there aren’t strict rules, and this lifestyle will look differently for everyone.

The documentary presents the story of two men to spread a message that less is more. Their goal is to show how letting go of material possessions opens people up to better human relationships. Plus, more benefits come with that lifestyle, including – having a happy, meaningful, healthy life.

Dominion uses drones and hidden and handheld cameras to expose the dark side of modern animal agriculture, questioning the morality and validity of humankind’s dominion over the animal kingdom.

While mainly focusing on animals used for food, it also explores other ways animals are exploited and abused by humans, including clothing, entertainment, and research.

Documentary | 1h 30min | 2011 | Rent or buy on Amazon or JustWatch, or find more options at ForksOverKnives.com

Animation | 25 min | 1972 | Watch for free on Youtube, or watch the new version on Netflix or Dailymotion

There you have it – a list of 26 interesting environmental documentaries covering various current issues we have.

Have you watched some of the movies already?

Also, feel free to leave a comment below with more documentaries, in case I missed some good ones. 🙂

Hi there! My name is Meri, and I'm behind Almost Zero Waste - a platform where you can find how to live sustainably, plastic-free alternatives, eco-friendly guides, tips, and more. For more information, check my about page!