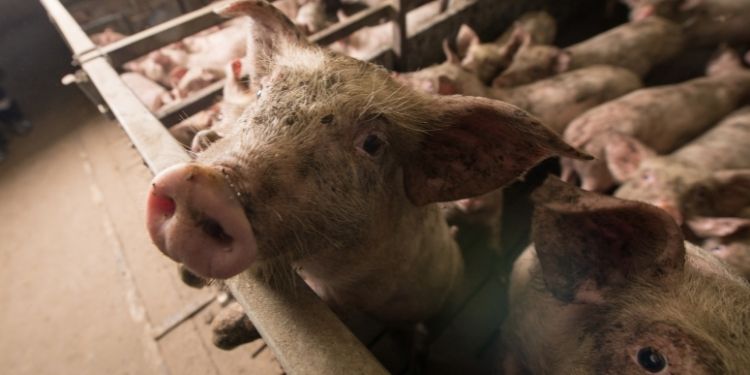 We slaughter about 80 billion animals every year to produce meat (excluding sea animals).

Even though the industry causes biodiversity loss, deforestation and depletes about 38.5% of the world’s arable land, meat consumption remains widespread.

Below, you will find out if there are any ethical arguments for eating meat and the most common justifications many people use to continue consuming animal products.

Most common arguments for eating meat:

Many people argue that we can obtain many nutrients humans need from meat products. While that’s true, it is entirely possible to sustain yourself on a completely plant-based diet, too.

We can get all the protein, iron, calcium, and other nutrients that we need by eating 100% plant-based. All it takes is being smarter about what we put on our plates.

So you will get the best from both worlds when you put them together. Other great complete protein combinations include:

Last but not least, vegans have lower BMIs (body mass index), and they tend to eat less cholesterol & saturated fat than omnivores and more fiber, vitamins, and minerals.

As a result, their blood cholesterol and blood pressure levels are usually lower, with reduced risk of heart disease, type 2 diabetes, stroke, obesity, and some type of cancer.

Plus, people on plant-based diets can easily take fortified foods or dietary supplements to ensure they get all their nutrients (such as B12).

Many people argue that going vegan is expensive. If you only shop from health stores and buy vegan yogurts, cheeses, and other “fancy” vegan foods, that can be true.

However, you can go vegan even if you are on a budget by following a few strategies:

“Our ancestors ate meat” is another common argument people present to justify meat consumption. However, just because a practice was acceptable in the past doesn’t mean it’s adequate at present.

Our ancestors lived in a wildly different world than us; they ate meat out of necessity.

That’s not the case now. We have an abundance of options, and because of that, we can’t consider eating meat an ethical action.

If the main argument for eating meat is “because our ancestors did it,” then why don’t we all stop using technology, start sleeping outside, speak in primitive language, or have incestuous experiences?

And it is ethical to base our morality on the actions of our ancestors, primitive beings that did many other unethical things such as murder, enslaving, and rape without consequence?

Some people seem to believe that animals only operate on base instincts and are mindless creatures. Yet, many examples show the complete opposite of that.

Furthermore, many animals are a great help for humans in distress. For example, we can train dogs and horses to provide companionship for people suffering from PTSD and OCD.

Pigs are intelligent and sensitive and can help autistic children stay calm. Goats and lambs, too, can be trained to ease anxiety and can be used for animal-assisted therapy.

But let’s consider that none of that was true. What exactly does intelligence have to do with the worth of life?

If intelligence equals dominance, does that mean that anyone with a high IQ can do what they want to someone with a lower IQ?

When you think about it, it doesn’t make a lot of sense to base ethical decisions on someone’s intelligence.

The food chains within nature are essential. They help maintain healthy populations of animals and ensure that the natural ecology is in balance.

Additionally, the food chains in nature exist because the predator needs to kill the prey to survive. We don’t have to kill anyone to live.

The “food chain” argument allows us to slaughter trillions of animals every year under the illusion that it is a part of the natural world.

However, what we currently do to animals does not resemble anything like a food chain.

We selectively breed, artificially inseminate, and mutilate farm animals. Then we drive them to the slaughterhouse, to hang them upside down, slice their throat, and drain them of their blood.

Even if we are the most intelligent species, we have moral agency as humans. We can’t base our ethical decisions on what wild animals do (because of their necessity to survive).

The physical ability to enslave and exploit others doesn’t make it morally justifiable.

Plants are alive, and they can perform various activities at a cellular level and respond to stimuli. For example, they can tilt to face the sunlight or close over a fly, but that doesn’t mean they can feel pain.

They do not conduct any activities at a conscious or cognitive level, and plants are not sentient.

Additionally, if someone truly cares about plants and their well-being, here are some quick facts:

So, if someone truly believes plants feel pain, they should consider ditching animal products, since animal factories cause a lot more harm to plants.

And lastly, if we focus on the ethics of the excuse, do you think that dropping broccoli into boiling water and boiling chickens alive is the same thing?

After looking at some common arguments people present to justify eating meat, let’s tackle some of the ways meat consumption causes harm. Here are a few reasons why it’s not ethical to eat meat:

Instead, many livestock animals are placed in cages and stall buildings on many farms, prohibited from seeing the outdoors.

Many of them are mutilated their whole lives. Chickens will have their beaks removed, cows and pigs will have their tails docked, and many males will be castrated without anesthesia. With their movement severely restricted, they can never express natural behaviors.

Animals can feel pain & other emotions and can have desires beyond avoiding hunger or death.

If it’s not about equity, then it’s about accountability. We have considerable power over the animals and our environment, and we are exercising it in a way that causes unnecessary harm.

As intelligent beings, we are obliged to set a higher standard of treatment for creatures with less power than us.

It’s not just animals that get hurt. The meat industry is notorious for abusing workers; the animal factories usually hire low-income workers, or people from impoverished countries, taking advantage of the fact that they have limited job opportunities.

They often don’t give them defined working hours or offer zero-hour contracts with no overtime or sick pay. As a result, many can work for days and weeks without getting paid.

Their job is dangerous, and they often struggle with chronic pain and severe injuries.

3. Meat consumption is terrible for the environment

The constant need for more land to create livestock farms is destroying existing animal habitats, and it also results in severe levels of deforestation and biodiversity loss.

To feed livestock and produce meat, farms consume high levels of water. And when livestock manure is not properly disposed of, waste contaminates watercourses and worsens water pollution.

And when meat is processed, factories release vast amounts of greenhouse gasses.

These are just some of the issues with animal farming. You can find the 8 most significant environmental benefits of reducing meat consumption here.

The argument about meat consumption being natural to humans no longer holds water. Our ancestors might have eaten meat, but they existed under completely different circumstances.

In their time, the practice did not deplete or damage the resources of their environment. Nowadays, we can reduce the damage to our planet, while obtaining all the necessary nutrients from plant-based foods.

Lastly, if human beings are the most intelligent species, we should hold ourselves accountable for the welfare of animals and the environment, and we should collectively try to minimize the pain and damage to our planet.

What’s your take on these “ethical” arguments? Leave your thoughts below.