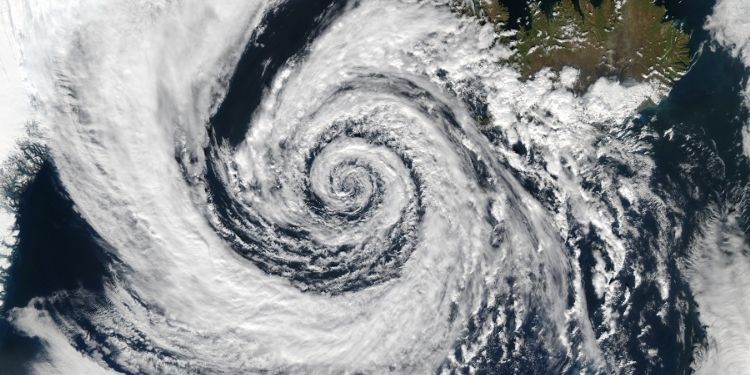 Animal agriculture, deforestation, intensive fossil fuel use, and other land-use changes are among the largest contributors.

The question is – can individuals like you and me make a difference in climate change?

In this article, we will look at how important individual action is on climate change and how effective personal responsibility is.

What role do individuals play in climate change?

While a single sustainable action by a single person doesn’t play any role in climate change, many individual activities done by many people can have a larger impact.

There are many things you and I can do in our day-to-day life that can create a positive change in the long run.

There are a few climate actions that can rapidly reduce individual greenhouse gas emissions, including:

These are the most influential ways individuals can most affect businesses, governments, and society.

Let’s take a closer look at each action below.

6 of the biggest individual actions on climate change:

There are a couple of powerful individual changes that have a significant impact on climate change.

When you choose a more sustainable alternative, you will have a smaller impact and show others that it isn’t scary or hard to pick more eco-friendly options.

Have an Earth-friendly diet

Reducing the consumption of animal products has unique benefits for the environment.

It is the single most significant action you can take to help our environment by reducing greenhouse gas emissions, deforestation, and soil degradation.

A study measured the resources (water, fertilizer, soil) and emissions from different foods. It showed that a vegan diet reduces environmental impacts compared to a vegetarian or omnivorous diet.

In a nutshell, a whole-food, plant-based diet has been proven to be the best for the environment numerous times.

Specific transportation modes are better than others.

If you have the option, use a bike, carpooling, or public transport for short-distance travel, and bus, train, or shared ride for long-distance travel.

Private vehicles and airplanes are the worst options, so try to avoid them as much as possible.

Read more about the best eco-friendly ways of traveling here.

There are many small things you can do to be more sustainable here:

Read my blog post for more ideas on how to be sustainable in your everyday life.

Environmental communities and organizations are continuously fighting to protect the environment.

Environmental movements aim to raise awareness about the issue and be disruptive enough to push those in power to act.

You can join them (online or offline) and see how you can help.

Move away your money from fossil fuels

Suppose you have a pension, savings, or investment account at a central bank.

In that case, there is a high chance the bank is investing in climate destruction by supporting fossil fuel businesses, and you are unknowingly a part of it.

Support campaigns to get universities, schools, and businesses that are divesting from fossil fuels.

Speak up & use your voice

We all influence those around us through our words and, especially, our actions. We can use this influence with family, friends, neighbors, and colleagues to promote climate-friendly efforts.

Anyone can be an “activist” and influence people through social media, education in various ways, or lead by example and show there are better ways of doing things.

A single person can do a lot by simply spreading the message, and what I love about that is the Ripple Effect.

The Ripple Effect is about how change happens in communities. It is the spreading and usually the unintentional influence that actions have on others.

I love to give as an example my personal experience.

When I started my zero waste journey, my goal wasn’t to affect others but to focus on my actions.

However, almost inevitably, I started to affect many people around me. First, it was my roommates, then my family, and then – strangers through the internet.

Then, the chances are that they will also affect their friends and families, and the Ripple effect will continue.

The same happened with me going vegan; I saw similar effects on others, which was both surprising and empowering.

While I know I cannot change the world alone – I can influence and use my voice to encourage others.

Related post: How To Encourage Others To Be More Eco-Friendly

If you want to focus on only a few actions to reduce your greenhouse gas emissions, a study found that the following steps are the most powerful ones:

Additionally, without collective systems and infrastructure supporting environmental sustainability, there are certain limitations to an individual’s actions.

While this is all true, and the giant corporations create the most damage, we cannot simply point fingers without doing the bare minimum.

The system change requires individuals to understand the real issue and the urgent necessity for a shift.

Individuals aren’t responsible and can’t fix climate change and there is no value in shaming or pointing fingers at people.

However, each of us has an impact on the environment, and most can do something about it.

As I mentioned, a single action alone will not make much difference. But many activities done by many people – have a much bigger potential to change things for good.

We should re-focus on encouraging, educating, promoting, and helping others.

I briefly mentioned the Ripple Effect, but here, I want to also mention the Critical mass.

Critical mass is a size, number, or amount large enough to produce a particular result.

Today’s climate movement is what critical mass is required to force governments to take its demands more seriously.

We will need a certain number of people to reach that Critical mass, which will be the beginning of actual change.

There have been many protests, demonstrations, and actions, some of them with millions of people.

So, the question is, if millions of people aren’t enough to pressure leaders to take drastic and enforceable action on climate change, how many are?

Political scientist Erica Chenoweth studied hundreds of violent and non-violent protests worldwide (323, to be exact) from 1900 to 2006.

She found that non-violent campaigns are twice as likely to achieve their goals as violent campaigns. Another thing she discovered was the phenomenon she named the “3.5% rule”.

Im short, when at least 3.5% of a population is committed to a cause and participates actively, it is not only easier to achieve a serious nation (or global) change – success appears to be inevitable.

All the non-violent protests that succeeded achieved 3.5% participation during a peak event.

Her compelling research confirms that civil disobedience is a powerful way of shaping the world.

Just imagine if 3.5% of US citizens (or any other country) become climate activists and are committed to the cause. It can be the beginning of the world heading off the climate crisis.

While 3.5% may sound minor, such a level of active participation presumably means many people agree with the cause.

And as an example, 3.5% of the US population is over 11 million people, which isn’t that little.

These are very general patterns. Sometimes, it doesn’t work because a particular cause never gains enough support or momentum.

However, I firmly believe everything is connected and that 3.5% is a threshold related to any protest or change.

I see it like that: when we have personal responsibility, it will trigger the ripple effect, which can be the path to reaching the critical mass and the 3.5%.

We must realize that together, we can influence and change things for the better.

When 3.5 % of a country or the world backs an issue, and average citizens participate in protests, boycotts, civil disobedience, and campaigns – that is powerful enough to get those in power to pay attention and get an entire nation (or world) to change course.

What do you think about all of that? Do you agree, disagree, or have another point of view?

To learn more about Erica Chenoweth and her work, read her research – Why civil resistance works.